The hobby that grew into a business

The history of AMKA started in 1978 in Randers, Denmark where Anna-Marie Søndergaard began importing wine as a hobby. The passion for wine rapidly developed into a successful business, so in 1980 her husband Karsten Søndergaard also joined the business. She named the company “AMKA” after her own name Anna-Marie and her husband’s name KArsten.

The company really took off in 1987, when AMKA introduced the first Chilean wine on the Danish market. When the purchasing department tasted wine from the Chilean winery Santa Rita for the first time, they were blown away.

Shortly after AMKA had reached an agreement with Santa Rita, they got one of the greatest awards in the wine business. Medalla Real Cabernet Sauvignon, vintage 1984, was voted as the best wine at Gault Millau’s world-famous wine olympiad in 1987 in Paris. The French were beaten on their home ground, which reverberated around the world and it turned out to be the beginning of Chile’s export adventure and AMKA’s success. 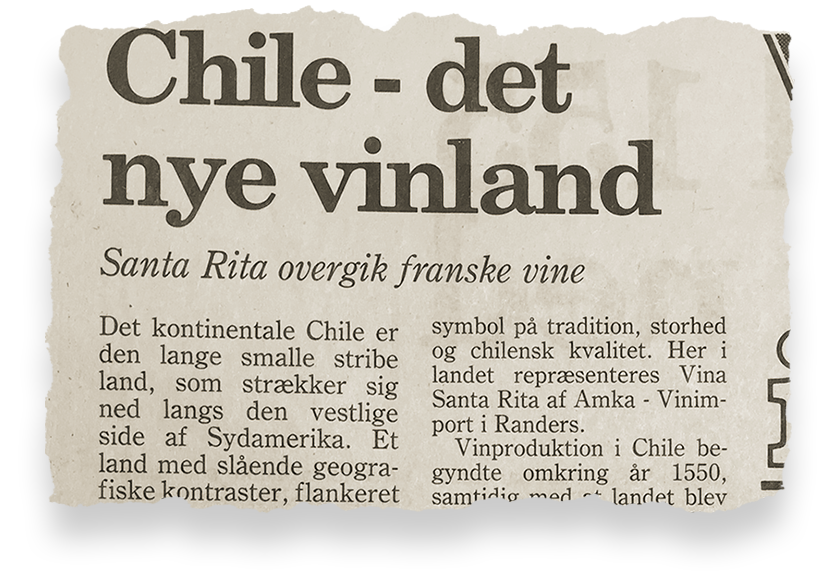 In March 1992 the trade restrictions caused by apartheid was cancelled, and it became legal to trade with South Africa again. Until then South Africa was the only producer in the world of quality wines, which was not represented on the Danish market.

March 20, 1992 the first container of 24,000 bottles from among other Nederburg and Klein Constantia arrived in Randers – just a few hours after the Danish royal decree was signed. Months in advance, AMKA had prepared for the abolition and until then the South African wines were stored in Hamburg.

The first shipment of wines was sold out in a very short time – the Danes loved it. 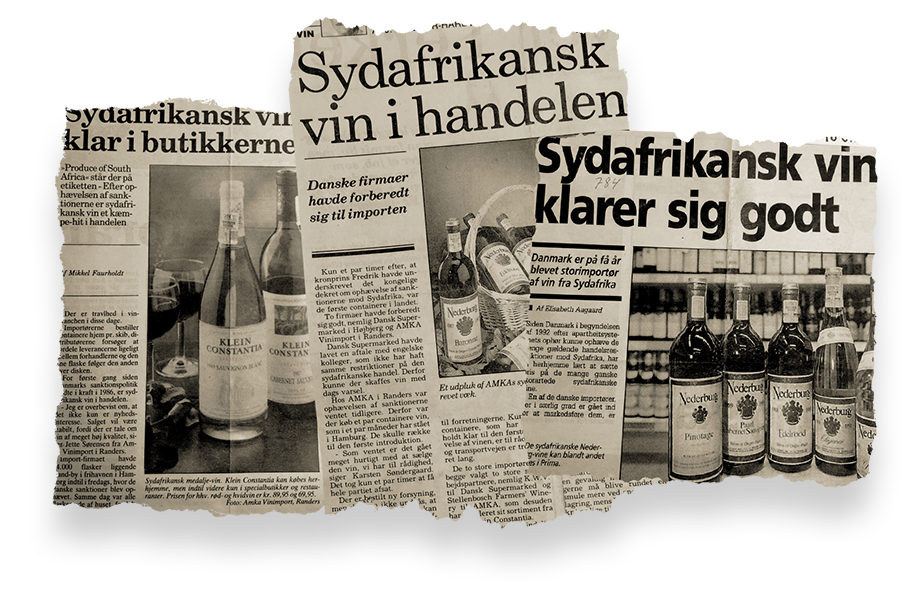 AMKA is still a family-owned company and today it also includes Frank Søndergaard, the son, who joined the company in 1992.  Since the beginning in 1978 AMKA has expanded rapidly and today AMKA Group consists of more than 165 passionate employees in 20 individual companies in 10 countries.

It makes AMKA Group one of Nothern Europe’s most essential and influential independent importers of quality wine, beer and spirits.

AMKA acquires the remaining 50 % of Quinta do Pégo S.A.

AMKA acquires the remaining 50 % of AMKA Saga → AMKA AS (Norway)

The hotel at Quinta do Pégo opens after a total renovation